St James Malvern Valley Cricket Club is excited to announce the appointment of Rohan Best as Head Coach for the 2017/18 season.

Rohan is coming off a high from winning the National Indigenous Cricket Championships for Victoria where he played and acted as Assistant Coach. Prior to this, Rohan played Premier cricket for Kingston Hawthorn CC. Having grown up in Shepparton, he then moved to Melbourne and played football for St Paul’s in the SFL.

We are delighted to have Rohan on board and are counting down the days to Pre-Season! 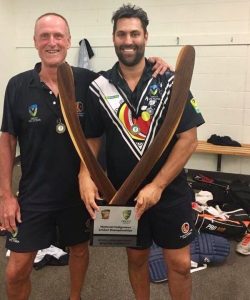