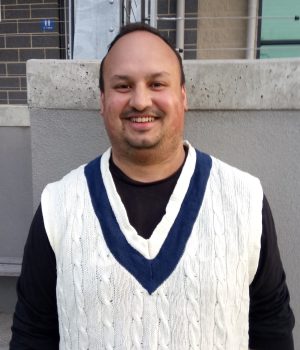 Whilst he thinks he is a fast bowler, a distinct lack of pace and an inability to capture consistent wickets often means Nando finds himself in the top six of the batting lineup, masquerading as a supposedly technically correct batsman. Not known for quick singles as he believes they give him stitches, look for a solid defense, wristy late cuts in between slip fielders to infuriate fast bowlers and occasional attempts to clear the fences when spinners come on!

Recruited to the club by Luke Cleave for season 2016/17 Nando looks forward to a solid season in 2017/18 with both bat and ball and for more opportunities to refer to himself in the third person.